The hardness test is widely used for mechanical and metallurgical research and studies. It is also widely used in the specification and comparison of materials.

But what is hardness?

The concept of hardness can have different meanings, depending on the area of application. Its conceptualization is difficult and among the most well-known concepts stand out:


Factors influencing the hardness of a welded joint

Several factors influence the hardness of a welded joint. Among them are:
That is, hardness is not an absolute property.

A welded joint has very defined regions, which are called base metal, heat-affected zone and molten zone. The maximum hardness limits for these regions are defined by some standards and specifications.

When the limits are exceeded, it means that the welded joint may be compromised due to loss of ductility.

The most used methods in the metallurgy and mechanics industry for hardness determination are Brinell, Rockwell and Vickers.

The hardness test is widely applied to compare materials or even to specify a material. It is possible, through tables, to obtain an approximate correlation between the methods of determination of brinell, rockwell and vickers hardness and the values of tensile strength limit.

The machines used in the hardness test of laboratories may have a specialty or method. In other words, a durometer for each of the methods, Brinell, Rockwell or Vickers.

But there is also a universal durometer that can perform hardness tests by various methods (including the three main methods).

Each has its own article. Learn more at:

Tests on the methods previously are carried out in laboratories, but there are situations where the laboratory test cannot be performed. For tests on equipment or large parts, it is chosen for the use of portable meters.

There is also the ease in its handling, as they can be used in any positions other than vertical. Portable hardness meters are also called portable durameters.

Are you looking for a portable durameter?

The most commonly used portable durometers for the Brinell hardness test are the Poldi type and the Telebrineller type.

The two work by comparing the prints produced at the same time on the tested material and on a standard bar of known hardness.

The prints are made by a 10 mm diameter steel ball, through the impact of a hammer on an impact device or gauge rod.

Identically to the conventional method, two readings of each print are made by means of a graduated magnifying glass, and with the average diameters of the standard bar, the hardness of the part is determined by tables or calculation.

The hardness determined by calculation is given by the ratio below:

It is desirable that the standard bar is of hardness close to that of the tested material, and that the diameter of the print is no more than 4 mm.

The method does not have the precision of the conventional test, but is satisfactory, among other applications, in the verification of hardness of welds after heat treatment.

This is the method that is used for your evaluation in the practical hardness test.

The method is based on the principle of measuring the depth of printing, characteristic of the method.

A preload of 0.05 kgf and immediately after a load of 5 kgf is applied manually for 2 seconds.

The reading is done on a dial indicating the tip of a fluid column, which moves in a thin tube. The height or length of the fluid column is proportional to the depth of the moss (or print).

Due to the small impression that the appliance causes, it can be positioned in restricted locations such as thermally affected welding zone.

This equipment can use brinell or vickers scale dials in place of the Rockwell C scale and in this case it is also necessary to use the penetrators of these scales.

There is an approximate correlation between brinell hardness values and steel tensile strength limit values. The correlation is approximate due to the various chemical compositions and manufacturing processes of steels.

When a more precise conversion is required, it should be developed specifically, for example, for each chemical composition of steel, heat treatment, etc.

There is a relationship that has been empirically determined between Brinell hardness and tensile strength:

This ratio applies only to carbon steels and medium alloy steels.

We have several conversion tables for hardness. Astm tables are the most commonly used for conversion between the various hardness scales.

However, one cannot rely too much on the hardness values obtained by the conversion of scales, because there are many factors that prevent accuracy in the results, such as different loads and penetrators, impressions of different forms, different behavior from the material tested under the action of the load (conditions of the resulting encruamento).

In any case, and considering that the hardness test does not determine a well-defined property, conversion tables, although they are empirical relationships, are of great practical use.

Who is Gelson Luz anyway? 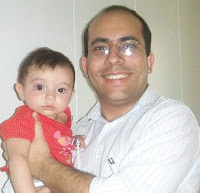 Gelson Luz is a Mechanical Engineer, expert in welding and passionate about materials. Search for "Gelson Luz" in your favorite browser to learn more.